I tried to like this scent, but it smells like brunt hair, burnt rubber and old urine. I tried to give it to my son and a friend but they both couldn't stand the aroma either. I've used Chiseled Face aftershaves for years and will continue but this scent is a no go for me.

My twenty-something year-long quest to find the perfect aftershave ended yesterday when this bottle of Midnight Stag showed up at my door. Generally, my complaint about aftershaves is that they are to flowery/feminine. Some are worse than others, but I could never seem to find one that I absolutely LOVED. Midnight Stag just slayed that dragon for me.

After reading the other reviews, I was a little worried that this was going to be more of a novelty than an actual, “wearable” scent. Motor oil?… A garage full of mechanics?… Gasoline!?!? But low and behold, I was psyched when I took the first whiff and I was absolutely over-the-moon after the first shave. Not only is the scent AMAZING and totally unique, but the aftershave “feels” better than any I’ve used before. It’s got a real kick to it… If that kid from Home Alone had splashed this stuff on his face, he would’ve immediately sprouted chest hairs, found his father’s piece and, well.. it would have been a much shorter movie. At the same time, it has just enough oil in it to really sooth nicely without feeling greasy. 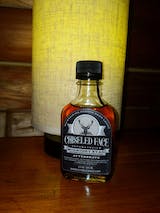 Had many compliments on the scent and it’s one that I can put up with in a factory that has 115 degrees heat index and no air movement. Would like to see a full line of the scent. I also have the shaving and shower soaps

This is a very masculine scent. If you don't like the smell of tires, motor oil, gasoline and Hoppe's #9 gun cleaner, stay away. This scent will make you imitate Tim Allen on Home Improvement and grunt, a lot. Awesome awesome scent, makes you check yourself to make sure you have the right "equipment" to wear it.